Skip to content
Home|Mind|Addiction and Recovery: Committing to the Process
Previous Next

Addiction and Recovery: Committing to the Process

For many people battling addiction, the path to recovery is not straight and narrow. Take the story of Anna*, who began her journey in 1989. Following a series of successes and relapses, she eventually entered a period of recovery for 15 years.

Like many who face this, her story doesn’t end there. She experienced another relapse after 15 years of sobriety, due in part to the stress of an abusive relationship. Anna confides, “My relapse escalated quickly. I soon found myself drinking a pint of vodka each night.” There were many attempts to regain her footing after that, being treated at Butler a total of 30 times.

I believe it’s common for any person in this situation to focus on the negative – relapse after such a long period of time, and many attempts at recovery that weren’t successful. It’s important to consciously flip perspective in this situation and focus on hope and the positive. For example, Anna could focus on the strength and commitment that first lead her to a life in recovery, which proves that it’s possible. And, instead of seeing 30 failed attempts at reentering sobriety, she could choose to see the incredible determination that lead her back to seek help even when she may have felt hopeless.

In recovery now for the past five years, Anna was rehired by her previous employer and is now married to a loving and supportive partner. She credits our addiction treatment services at Butler for playing a key role in her path to recovery, saying, “I was admitted for either inpatient or partial hospital care 30 times, and each time I felt safe and supported.”

In addition to professional support, there are some key strategies that can help at any stage of recovery, and are especially meaningful for someone just beginning:

Many Ways We Can Help

Please visit the Alcohol and Drug Treatment Services at Butler to learn more about the inpatient, outpatient and partial hospital programs available. A referral from a medical professional is not needed. 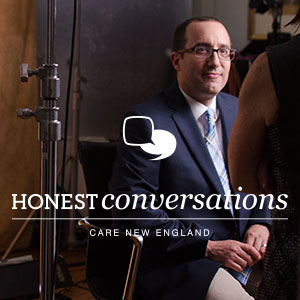