Starting a family was always a dream of mine, but it hasn’t always been easy. Here is my story:
At 21-years-old, I met my husband-to-be, Nicholas Rego. Barely four months later, we were married. After finding the perfect two bedroom apartment in Johnston, we decided to start trying for a baby. We both had stable jobs, had our own little home, and two dependable cars. What else could we possibly need? My husband was like me, we had lived the single life already and also enjoyed many adventures as a couple. We were ready to share our life with a little version of ourselves. A month later we both stared in awe as two little pink lines appeared on the pregnancy test lying on our bathroom counter top. We were pregnant!!!

But our joy soon turned to sorrow. As we sat on a bed at Women & Infants Hospital, we were heartbroken to learn that our baby did not have a heartbeat. What did I do wrong? I had taken my prenatal vitamins faithfully, eaten a very healthy, balanced diet and had always led an active lifestyle. Why did this happen to me? Once the initial shock wore off, I moved on to recovering from my miscarriage. After much research on the topic, I came to the understanding that it is actually quite common, you just don’t hear much about it. There was nothing I could have done, and it didn’t necessarily mean there was anything wrong with me or my body. Eventually, we decided to try again.

After two years of trying to get pregnant, there was still no success. We finally made our way to see a reproductive endocrinologist to find out why I still wasn’t getting pregnant. We had assumed it would be easy, and every month that passed only brought more and more heartache. Anyone who has ever gone through infertility knows the anticipation and heartbreak you are met with.

We distracted ourselves as best as we could… but nothing made up for what was lacking in our lives. After running through the usual tests and finding nothing wrong, I had what was called a hysterosalpingogram (HSG), a procedure that determines if there is a physical abnormality affecting a woman’s ability to get pregnant. I had researched this procedure and had read many stories of women becoming pregnant right after they had an HSG. If only that could be me!

Later that day, I was told the test came back normal, and we scheduled our next step in the process that very day- an intrauterine insemination. Thankfully we didn’t have to get that far. Just two weeks later, I stood in shock as a faint but clear second line appeared on my pregnancy test. I had all these visions over the years of how I would tell my husband when it finally happened, but these notions instantly dissolved with that amazing, long-awaited confirmation. I called him in tears. I could barely speak – I WAS PREGNANT!

Nine months later, after a long and healthy pregnancy, I was laying on my couch when I heard a distinctive pop! My water had broken. It was time to meet our baby boy! Words cannot describe the feeling I had knowing that I would be holding my Ethan, my miracle, in 24 hours or less. Thankfully, I only had to wait 10. 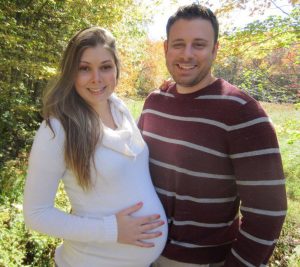 After a beautiful, smooth labor, my husband and I finally got to stare into the eyes of the very person that would change our lives forever. Our Ethan was a perfect 8 pounds 8 ounces and was delivered all naturally at Dr. Bethany Wortman. The staff there treated me with undivided attention and made sure every need was attended to throughout our birthing journey. Getting to this point had been hard enough, it was so refreshing for it to end in such a beautiful and peaceful way.

Now, a year later, I look back at how my life has changed. My holidays are filled with making memories with this little person who embodies the exact definition of what unconditional love is all about. So, we decided not to stop at just one, and in fact, we found out we were having twin baby girls, due this December!

Our little family is complete. All the mountains we have climbed, all the experiences we have lived could never amount to how amazing it is to be a parent. Your life isn’t limited when you have children. You don’t sacrifice when you have children. Instead, your children BECOME your life, your reason for living. How honored I am to have him in my life, my son… my world.

This holiday season we are thankful for all the blessings with which have been bestowed as we are surrounded by our loved ones. I certainly have a lot to be thankful for with my healthy and beautiful family of five! 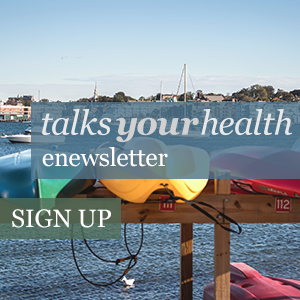